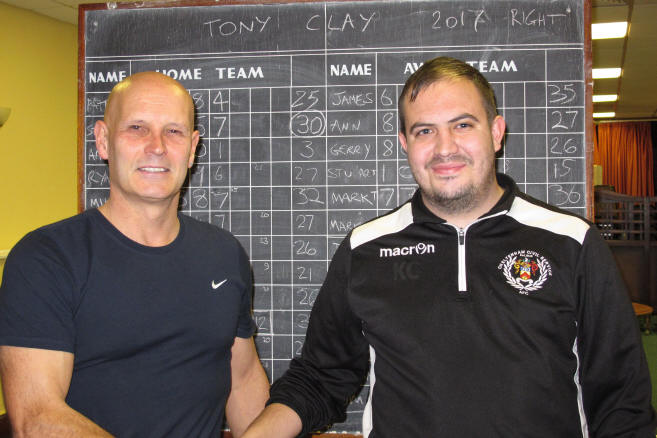 Stewart Wilsdon and Dan Midwinter just before their Final game.
Dan and Stewart had been playing well to reach the final, but Stewart pipped
Dan to win 35-33. 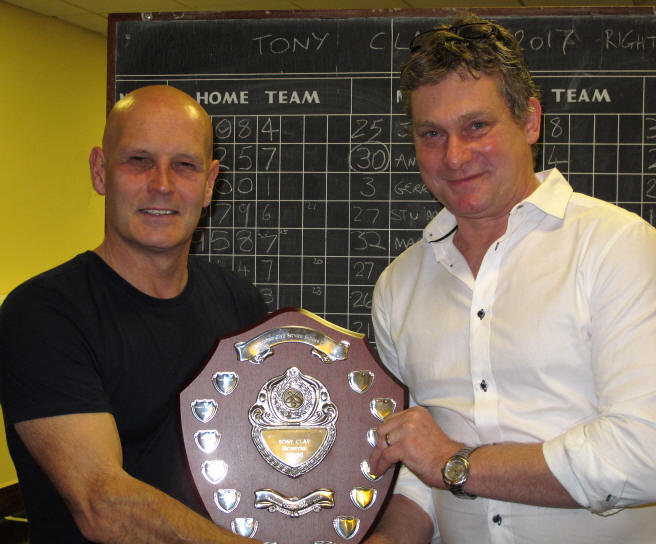 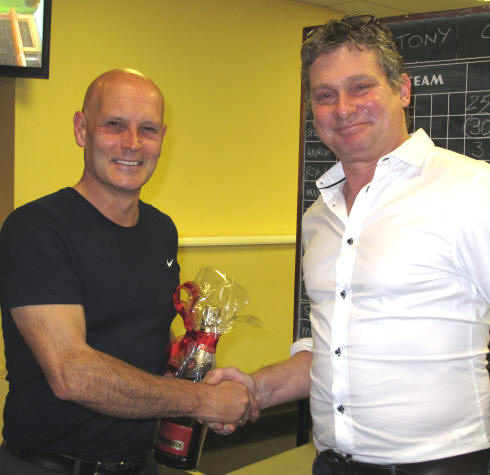 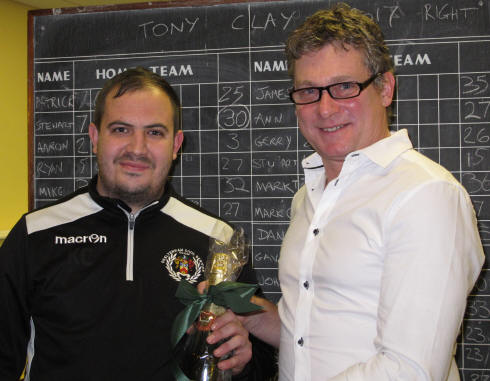 Dan Midwinter, as the runner-up, receives
a bottle of bubbly from Mark Clay 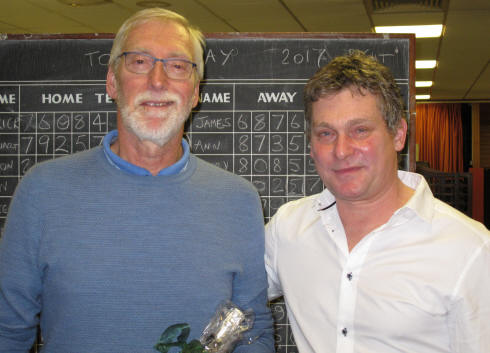 How the players got on 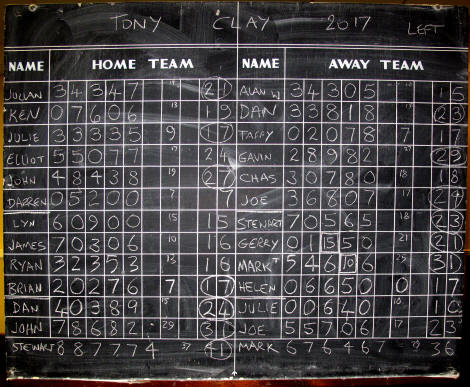 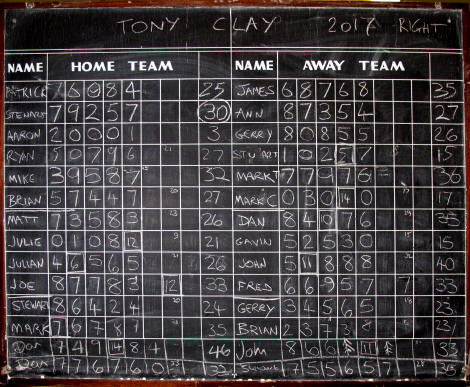 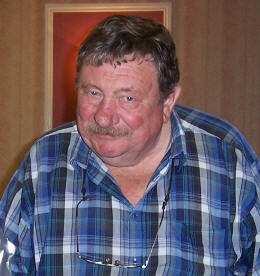