Congratulations to Mark & Jenny Court
winners of the 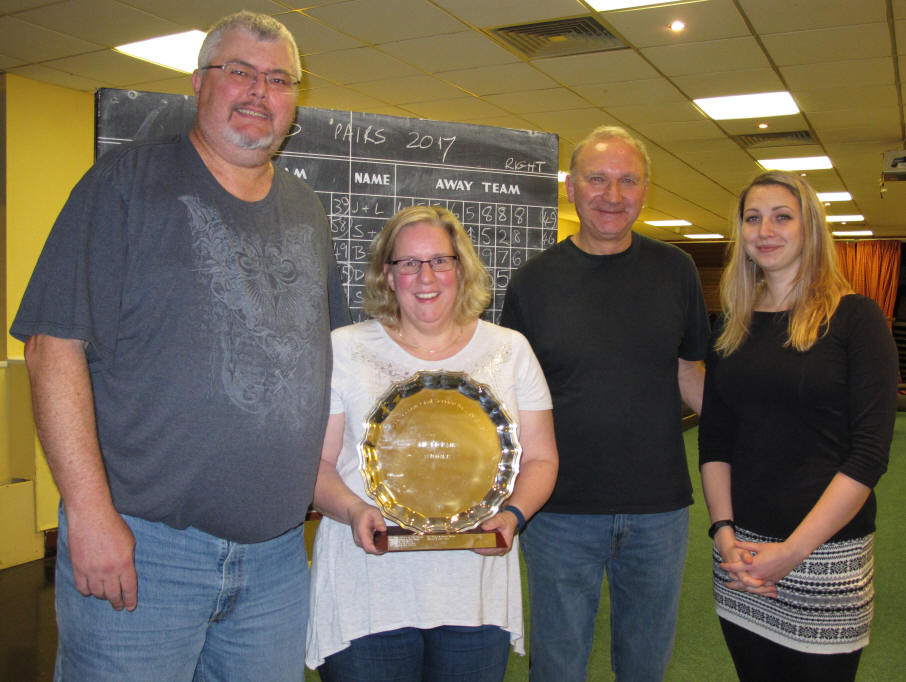 The Entries and how they got on in the early stages

How the players got on in the knockout stages 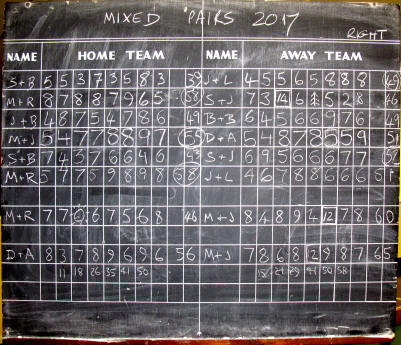 Entry was open to
all CSSC  members.
Play as teams of two: 1 lady and 1 gent.
Each Pair play 6 hands of 3 balls,
the lady and the gent bowl alternate hands.

Because of the number of entries received the Pairs were
divided arbitrarily into 2 groups and played each other pair in their
group once so everyone had several games.  They were awarded points
for a win and the pairs from each group with the highest number of points
(or points and average)  entered the knock-out stages until there
was only one Pair left  –
The PAIRS CHAMPIONS